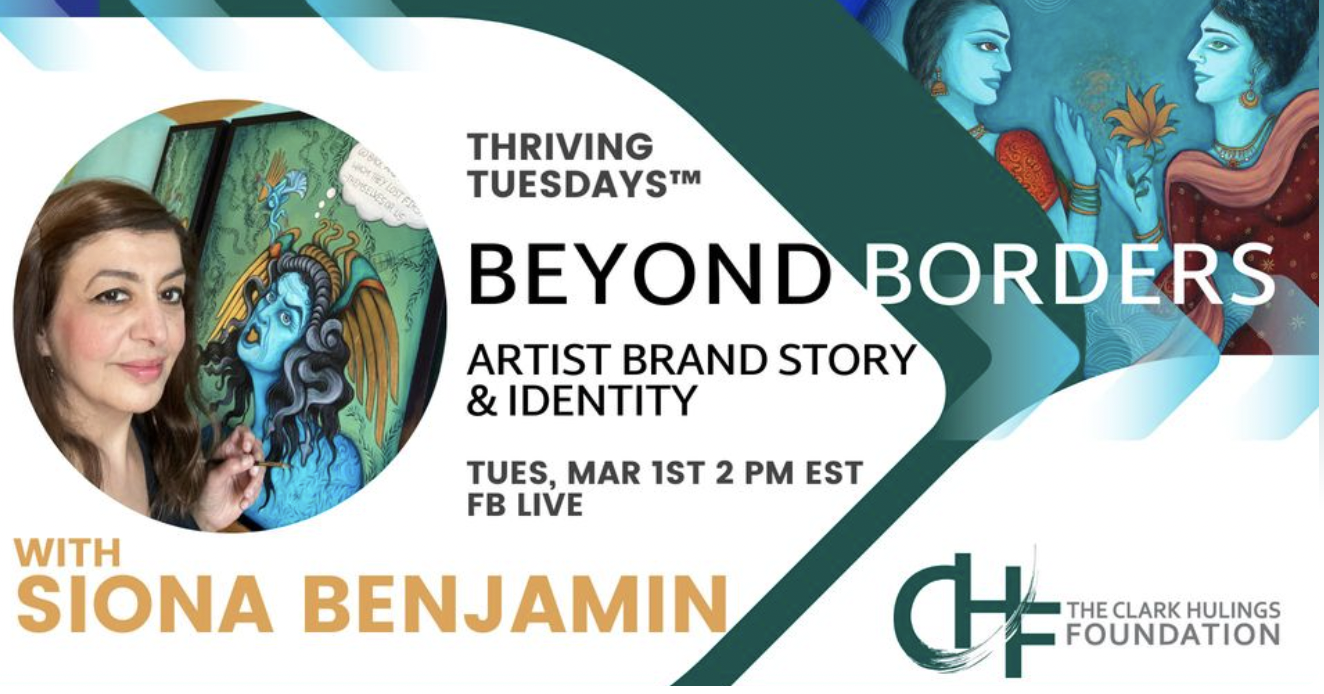 Siona Benjamin’s unique perspective as an Indian-American-Jewish artist has inspired her to create art that represents her transcultural and multicultural narrative. Often featuring blue characters, her work illuminates vibrant colors, cultural, and religious symbols to create works that have synergy and meaning. Benjamin has an MFA from Southern Illinois University, and an MFA in theater set design from the University of Illinois-Urbana/Champaign. She was awarded a 2011 Fulbright Fellowship to India, and a second one in 2016-17 to Israel.

As an artist who crosses cultural boundaries, she’s received praise in publications including The New York Times, The Chicago Tribune, The Philadelphia Inquirer, The Financial Times, The Boston Globe, Art in America, Art New England, Art and Antiques, ArtNews, Moment magazine, The Times of India, The Mumbai Mirror, Marg Magazine, The Jewish Week in New York City and New Jersey, The Jerusalem Post, The Times of Israel. Her 2022 Beyond Borders exhibition is running in Danville, KY; Milwaukee WI; Cleveland & Cincinnati, OH—and she is part of Holy Sparks exhibition in New York and Los Angeles. She has exhibited in the United States, Europe, and Asia. Benjamin is in-demand as a speaker all over the country, and has three published books. artsiona.com

A Call for Poets

Spring into Verse and Art An upcoming Taos Spring Arts…