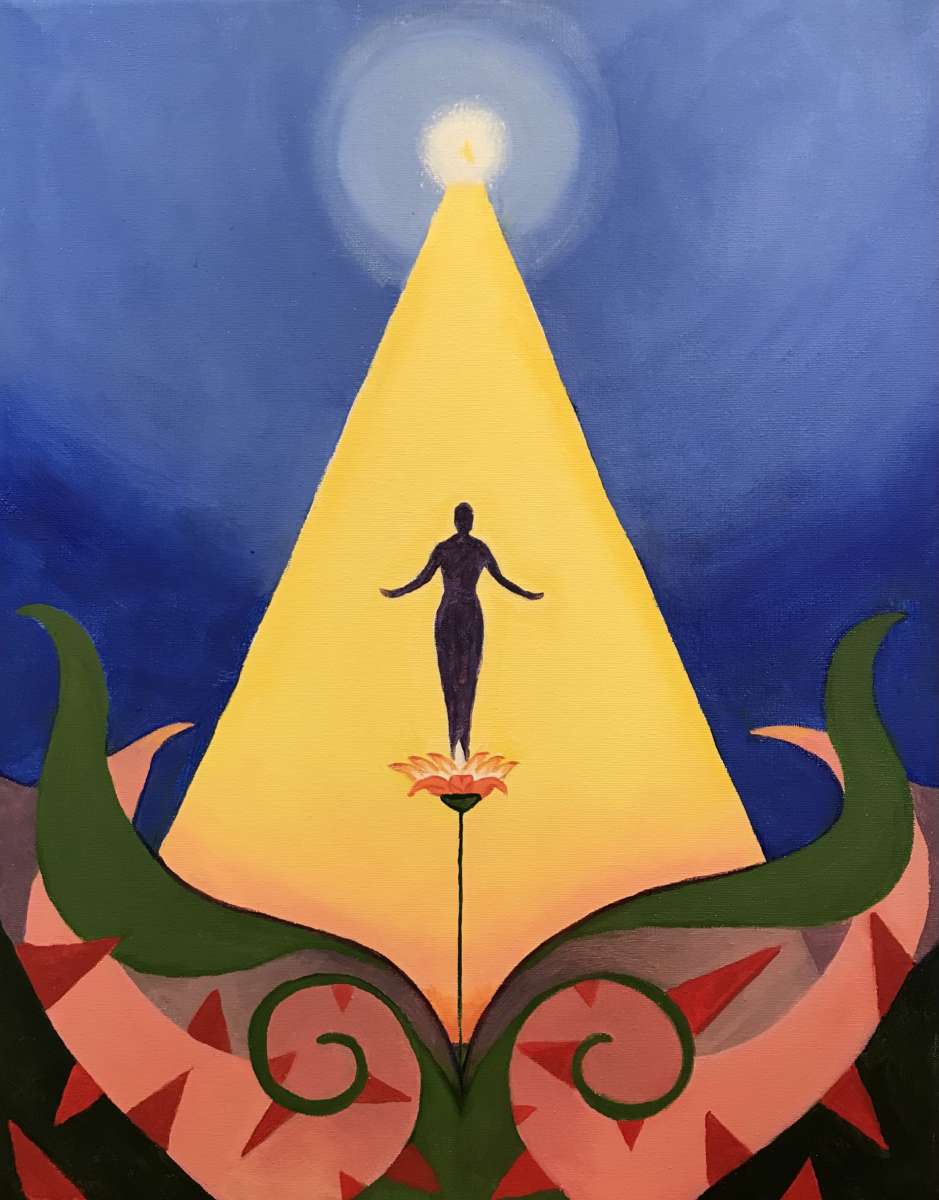 As a child, Maria knew she wanted to be an artist. Her first formal training began when she was a fourteen year old exchange student in Mexico and took art classes at the Instituto Cultural in Guadalajara. Back in her home town of Santa Barbara, California, Maria took advantage in high school of exploring watercolor with interior designer Jack Baker as well as taking classes with other local painters.

She searched in many places for an artistic direction, but it was not until she stepped into the studio of mystic artist Herman Rednick in Taos, New Mexico in 1972 that she knew she had found her direction and her mentor. Maria apprenticed with Rednick from 1972 until 1982.

Later in the 80s, Maria immersed herself in “The Painting Experience,” the process approach of Michelle Cassou and Stewart Cupley. She studied at their Institute of Art and Living for eight years, including completing their three year teacher training course.

From the nineties and up to the present, Maria has offered workshops on the process of painting and on how to balance traditional training and techniques with the process of painting itself which unlocks the powerful and creative energies of unconscious material. Throughout her life, Maria’s artistic expression has paralleled her spiritual journey, leading her to create images inviting contemplation or meditation. From the time she read Yogananda in her teens and met Rednick, after which she lost interest in product and technique centered art, Maria sought to express the spiritual dimension in her painting. Her work now displays a dynamic union of traditional and process painting, seemingly effortlessly expressing her inner experiences. Maria’s work is in private collections all over the country.