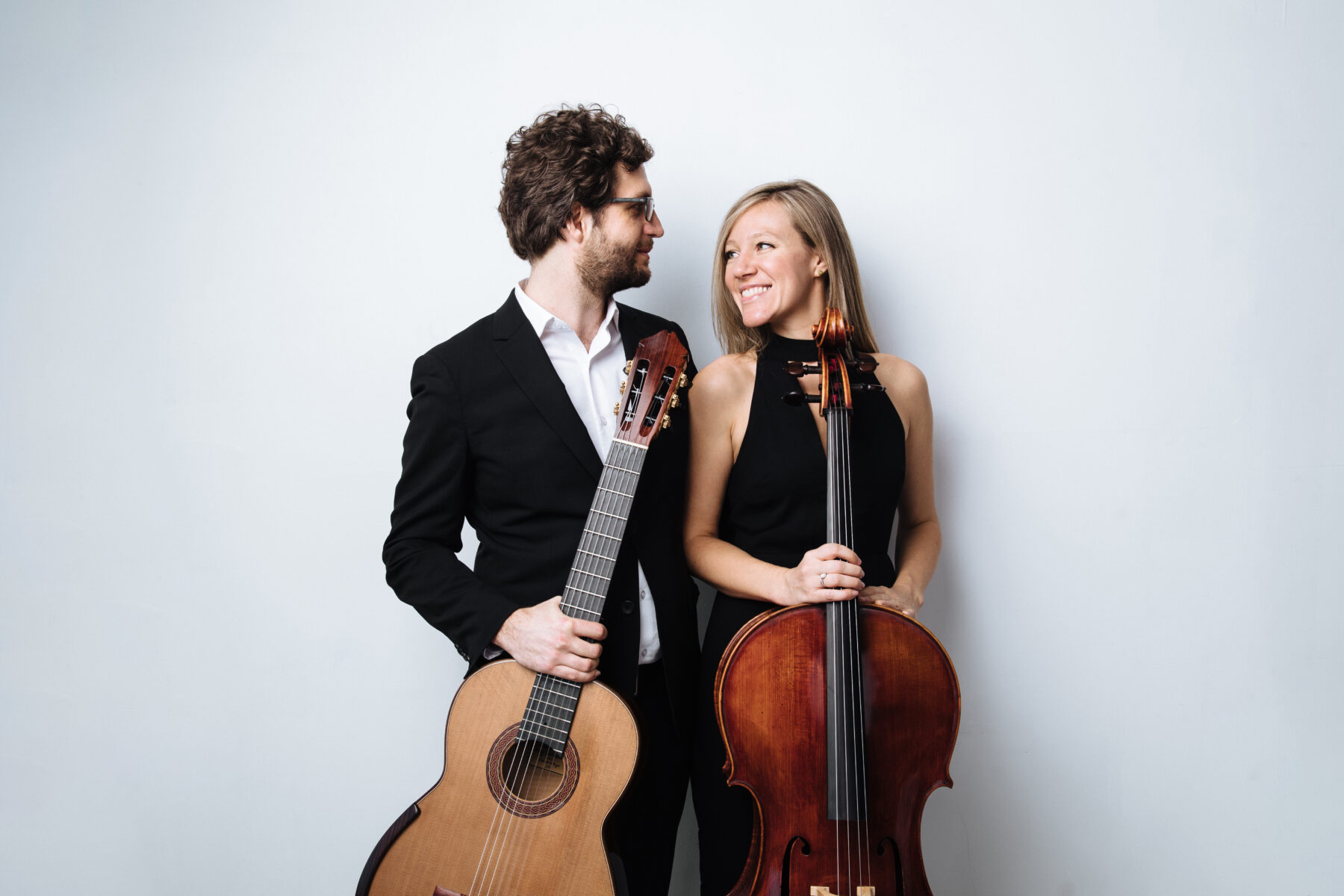 Covering an eclectic and powerful range of repertoire off their newest album, “Songs of Love and Despair,” the duo’s program will feature music from Schubert to the Beatles. It also includes a new piece written for them during the pandemic as well as two Tangos by Astor Piazzolla, for which they will be joined by TCMG Director and flutist Nancy Laupheimer.

Boyd Meets Girl’s debut album reached #3 on the Billboard Traditional Classical chart, has been broadcast on radio stations around the world, and received over a million streams on Spotify. Gramophone writes about the duo, “They play like one, with a harmony of purpose as sure as their intonation.”

Metcalf and Boyd are each highly sought-after artists in their own right. Boyd has been described as “truly evocative” and by The Washington Post and has recently been named new artist of the month for April by Musical America. Metcalf was just a featured soloist with the Cincinnati Symphony. She is also the cellist of Sybarite5, the first-ever string quintet to win the Concert Artists Guild competition and reach #1 on the Billboard Classical Charts, and a founding cellist of The Overlook, a string quartet dedicated to amplifying music by Black composers. Metcalf has been called “brilliant” by Gramophone and “…a cellist whose passion for music is as evident as her artistry and talent” by i care if you listen.

The duo’s new album was just released in March on the Grammy-award winning Sono Luminus label. Emerging out of the shock and isolation of the pandemic, it traverses the spectrum of human emotion from the sorrowful to the ecstatic. Says Boyd: “‘Songs of Love & Despair’ contains the music that we were drawn to during this time of unprecedented stillness and solitude, traveling at most a few miles from our home for months on end. As a married couple we were fortunate to be able to play music together every day, and this collection of repertoire is half love, half longing; from the delicate beauty of Debussy to the anguish of Messiaen and heartbreaking Appalachian folk songs, which tell the stories of love, life and loss.”

Tickets are available at tcataos.org/tickets, and more information can be found at taoschambermusicgroup.org. For questions, please contact info@tcataos.org.

2021 Governor’s Awards for Excellence in the Arts Premiere Date…

Jeweler eatoneger@earthlink.net We are Taosjewels.com specializing in handcrafted fine jewelry.…